INFORMATION ON THIS PAGE REFER TO 2022 EDITION
III Edition takes place on Saturday 23rd September 2023. All information will be updated in the first months of 2023. Check back later to find all you need to know! 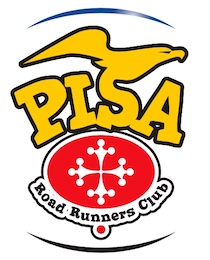 Registration on site is not permitted.

It’s mandatory to register as follows:

Daily licence fee has to be paid cash on the spot. It is entirely  endorsed to Italian Triathlon Federation.

It’s mandatory to hold a valid licence issued by any national Triathlon Federation. Any other licence is not valid. Athletes holding a not Italian Triathlon Licence are requested to show it in person when picking up race number.

For obtaining a daily licence, it’s mandatory to consign a copy (and show original) of a sport medical certification for Triathlon issued by an Italian sport doctor. Medical certification not for triathlon or issued in a foreign country can not be accepted, due to the present legislation.

For underage athletes, a parent or guardian has to be present at the number pick up.

In case of unification of different categories, distances will be the ones of the younger one.

(1) No bib-number can be collected after 12.00.
(2) Underage participants that have requested a licence need to be accompained by a parent or guardian.
(3) A written briefing is inside the starter package. It is mandatory to read it carefully.
(4) Accordingly to number of participants, different waves could be organized.
(5) Prize for top3 M/F Overall, first Classified categories Ragazzi, Youth A, Youth B (prizes can not be cumulated)

Schedule can be modified by organizer at any time.
Possible modification of the present schedule are published in the registration office.